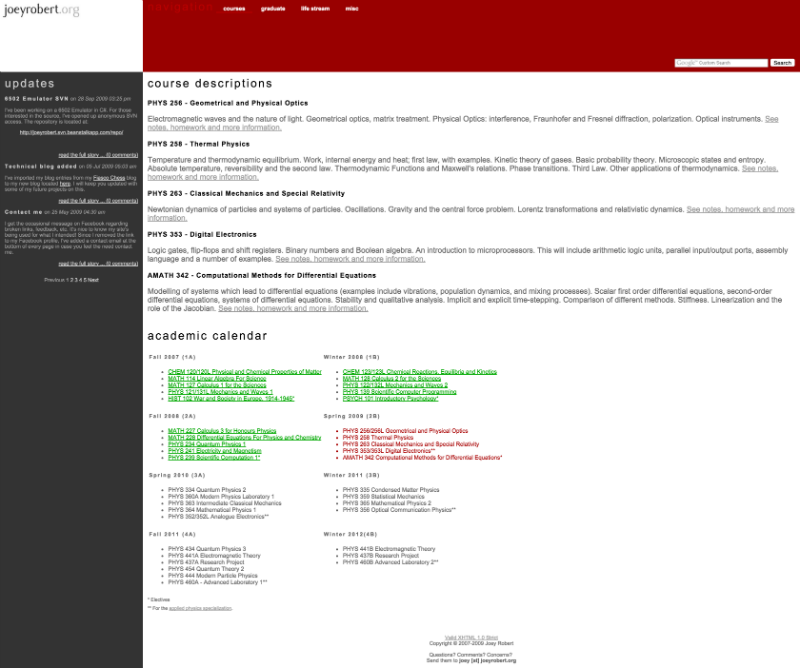 joeyrobert.org has long been my home on the web. Registered in 2007 prior to joining the University of Waterloo, joeyrobert.org was intended to document my entire university career. It had my courses outlined for all 5 years. I vigorously studied the Undergraduate Calendar and would post all documents related to my courses on it. It was written using PHP 4.3, with a blog component built using CuteNews and a custom built lifestream component pulling in feeds from my social media. The website was red, grey and white and fluid width on its main layout, but also featured themes including an nfo style with monospaced font and an ASCII art Anarchy symbol. This version remained online until sometime in 2009 when I got an unfortunate call from a faculty member of the Physics Department regarding the course materials I posted. I promptly took it down. 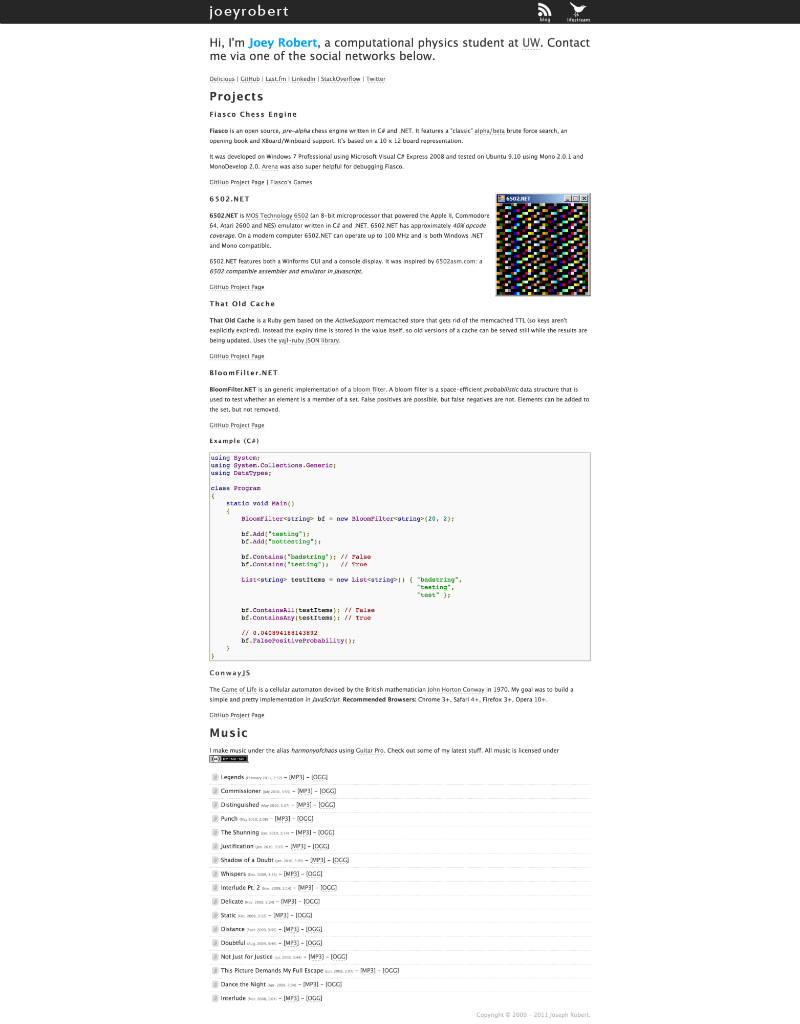 This version was built with Ruby and Sinatra. It features a main page which highlights a few software projects I've worked on. This site was spawned around the time I began working on harmonyofchaos and so featured a number of Guitar Pro songs I had written (I typically use SoundCloud today for this purpose). I additionally built a lifestream and blogging engine admin interface using DataMapper and SQLite. 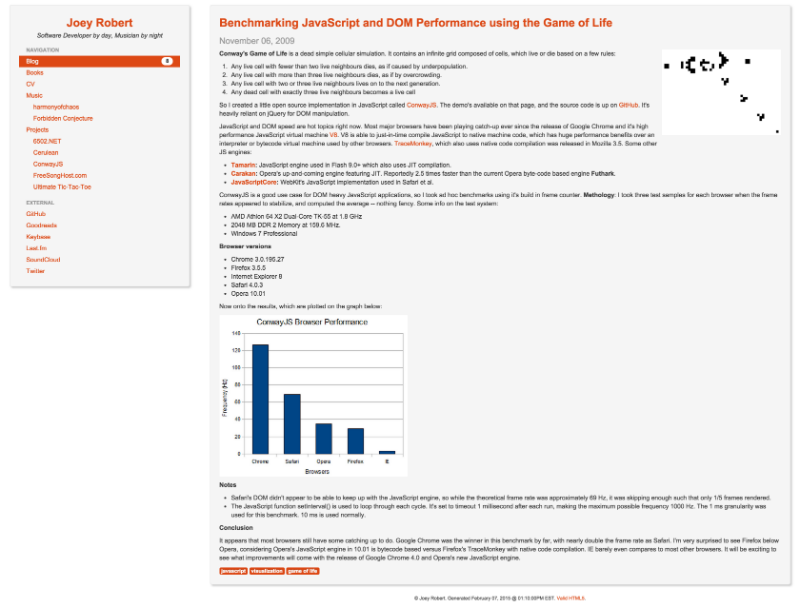 This version errs on the side of simplicity. Version 3 is a statically generated site built using Jekyll. The templating is Bootstrap 2.3.3, using a modified Ubuntu theme from Bootswatch with my own stylings. It features a left hand navigation with a responsive design -- the left hand menu appears above the content on lower-width viewports. The site is dated and the HTML minified on build using Rake and HTML compressor. Overall this workflow is simple and can be deployed to any static host.

Who knows what the future brings?

joeyrobert.org will always be a personal playground for webthings. I hope to keep iterating on it, but for now V3 meets my needs as a personal brand.