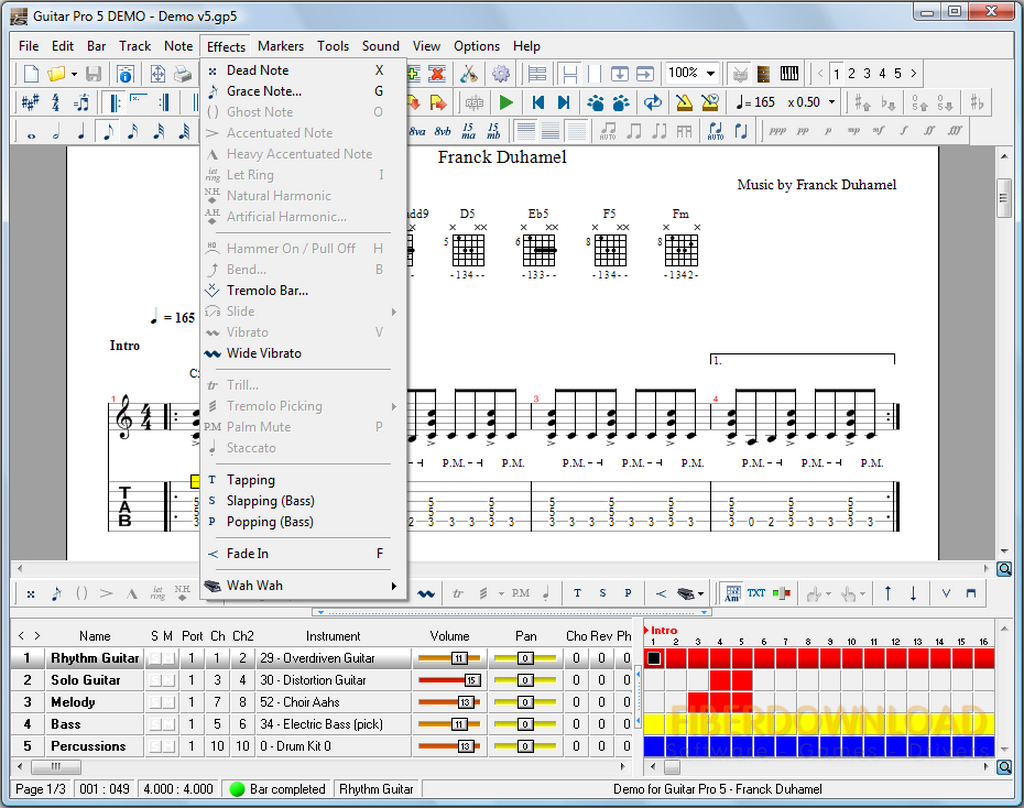 I've been using Guitar Pro pretty regularly for the past 3 years to compose some of my music. It was originally designed to be a guitar tab editor, but it's pianists and violinists would find themselves right at home as well. It's pretty convenient, but I often find myself complaining about some little thing that Visual Studio has that Guitar Pro could really benefit from. This is coming from a programmers perspective, but these would make very good features in an "Advanced" menu.

Guitar Pro does get a lot of things right though. It does have a few nice keyboard shortcuts, such as C to copy the current note to the end of the measure, Insert to add a rest before the current note with the same value as the note, CTRL-Insert to add a measure before the current measure, P for palm mute and I for 'let ring'. It also supports pasting multiple times with a variety of options (insert, paste over and add to the end of the score). Guitar Pro also uses numbers for the drum parts which are easily memorized. The built-in scales and chords are also nice when I'm having musician's block.

There are a few alternatives out there: Power Tab, which is free, and TablEdit. Hopefully the pressure of competition and the release of Guitar Pro 6 will add some of these features! They can all learn a lesson from IDE's to improve musician productivity.